Photo is from a book that was published awhile ago on the danger of a communist takeover of America.

Nothing good, that’s what’s going on!

We (should) know by now that the Coronavirus pandemic – sinister in its source, timing and exploitation – had at least four intents and outcomes:

⁃ Getting rid of President Trump;

⁃ Weakening parallel forms of societal authority (parents, small businesses, non profit institutions with special emphasis on private schools and, at the top of the list, churches);

⁃ Testing the population en masse as to how docile it would be in accepting safety and security over freedoms;

⁃ Introducing a vaccine that will act as a precursor of whatever medical / technological form of introducing people to the society of total control by the government.

Boy, were they in a hurry!

A government that is usually oh, so slow in moving forward, mostly inefficient and backwards, this same government is running at lightning speeds, pressuring and intimidating everyone, individually and corporately, not only to accept a vaccine, but to do it against its own guidelines and previous rules and regulations.

I’m not even touching on silly measures bordering stupidity, such as demanding masks should be on at all times unless you are eating your meals or snacks (airlines and restaurants – at least in restaurants they won’t demand you cover your face between bites, and the airlines are suspiciously exempted to enforce the 6ft distancing rule).

What’s troubling me to apocalyptic shivers is that all the prerogatives of a “necessary” world government and strong, benevolent leader (aka Antichrist) are exhibited forcefully and shamelessly:

⁃ The government knows better and is already prepared to act and already in possession of all the necessary solutions;

⁃ The government cares about us, our children and parents, our students, our employees and our parishioners more than we do ourselves;

⁃ The government uses its power and resources to enforce all these measures regardless of our conscience, against our will and trampling on our constitutional rights!

⁃ Using blackmail and covert cooperation with big corporations, some unions and certainly mainstream and social media, the Government is propagandizing these actions, censoring, discrediting, threatening and even eliminating any opposition!

⁃ The most intriguing and scaring aspect of this campaign is that it is global in all its actions and purposes, using any and all the aforementioned tactics and threats not only on people but against any country and governments that are not complying with the script!

The double-talk and confusion are rampant and suspiciously condoned, no, make it promoted by the media, banking on the brainwashed population, much of it conditioned to fear and socialist ideas and solutions.

How a politician (our pseudo president in the forefront) can guarantee the effectiveness and success of a vaccine in the first half of his speech, then immediately discrediting it by inciting fear and hate against the minority that won’t comply, making everybody else – including the safe and sound vaccinated people – feel vulnerable, is mind boggling.

How in the world are they able to get away with it?

I know how: the American people are not “vaccinated” against this deceit! Their mindset is not immune to this “virus” that assaults its thinking, insults its intelligence and conditions its behavior.

Coming from communist Romania, having been exposed to and tormented by its dictatorship and secret police, having to breath its toxic fumes for two decades, having seen the dire consequences and enormous destruction it brought upon my people, I’m not only immune to this takeover, I’m appalled and surprised it has come to America.

Now, I have stated publicly and clearly that I don’t know everything about the virus. I’ve asked friends and specialists in the medical field – in confidence I might add – and been told “your guess is as good as mine”.

From a religious point of view, I don’t know definitively that this vaccine is in fact the mark of the beast.

But taking into consideration all the technological possibilities, the specific threats of exclusion and possible elimination from societal functions for those that don’t comply – losing your job, being thrown out of your schools, losing the ability to travel etc. – it comes mightily close.

And as far as I’m concerned, be it or not what I suspect it to be, I am very weary of a government that can easily implement it, should it want to.

Having said that, I don’t think we should embark on a divisive campaign of stigmatizing people that took the vaccine. Many of them are not vindictive and complaining against us, some are even supportive of our decision on non compliance.

Of course, if more people stand up against this tyranny, the less power the government has, then the more difficult it would be to enforce the mark – if not now, probably soon.

Just remember, when the real system, person and mark will arrive, don’t expect them to be as advertised. Per the account in the book of Revelation, they will use deception, false miracles and signs, a benevolent facade and even scheming peace treaties in the most unlikely places. If you don’t recognize the masquerade now, you will not recognize it then.

But, some will say, if we are to believe the biblical prophecies, then we should understand that the demise of this world is certain and implacable. So, why should we fight a losing battle? Why not withdraw and isolate?

Because for as long as we are here, we need to witness, fight the good fight, represent God and be His ambassadors, not secret agents.

We need to speak the truth boldly, even to the Caesars of this world and even the if we have to pay the ultimate price for it!

You might say that it will still take a long time for these things to happen.

Wrong! In most cases, communism and different forms of dictatorship were brought upon nations swiftly and decisively in a relative short time, whether through bloody revolutions, stolen elections or foreign interventions. Don’t forget, this hostile takeover is not beginning just now. The liberal, globalist and progressive forces started a long time ago, beginning with the introduction of evolution in public school curriculums, abortion legalized and on demand, same sex marriage and the redefinition and demise of the traditional family and its values, the demolition of the moral fabric and structures of this country and the rewriting of history, debasing America of its Christian foundation through the continuous assault on the intentions, motivations and integrity of its founding fathers.

Remember, Adolf Hitler and the the Nazi Party took over Germany in 1933 in the middle of disastrous economic, military and social conditions. It took them 12 short years to become a – if not the – world superpower, seducing most of the country into absolute submission and the fantasy of global domination, while subjecting the whole world to a five year war of destruction, genocides and the Holocaust!

Furthermore, after World War II, it took USSR just ten years or so, to impose and spread communism throughout Eastern Europe and many places elsewhere.

Still, there are those who think we’re too civilized to fall into the abyss of atrocity and sheer monstrosity that comes with tyranny.

I would submit to you that the most recognized and horrific tales of violence and indiscriminate killings in the history of the world were perpetrated by the so called most advanced civilizations at the time. Remember the Egyptian infanticide of newborn male Jews, the Roman persecution of early Christians (throwing them to wild beasts, crucifying them and burning them to the stake in arenas filled with “civilized” blood thirsty citizens), and again, the crimes committed by Nazi Germany, fascist Italy and imperialistic Japan in World War II.

Some would also invoke the American takeover of this continent to the detriment of the indigenous populations, but these would hardly qualify as unilateral acts of cruelty. Let’s not forget that tribes and nations in the Americas practiced cannibalism, human sacrifice and genocide well into the final stages of their “civilizations”.

So, with a heavy heart and deep sorrow for the future of these beloved United States of America and,consequently, the whole world, I say let’s continue to fight!

We need to (re)educate the people with the truth, brainwash their corrupted minds back to sanity, vote based on faith and morality, protect this country against fraudulent elections, protest and practice civil disobedience against government injustice and hostility, and live our lives with integrity and charity.

Is it still possible?

Only if and when, in this twelfth hour, we would turn back to God, asking for forgiveness, spiritual renewal and revival, speaking to truth and being committed to sacrificing ourselves no matter what the cost.

There is no greater love than this!

May God have mercy on America and the world! 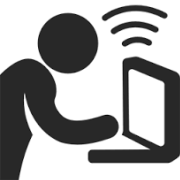